The Yoga Sutras is a treatise on yoga philosophy written by the great sage Patanjali who lived sometime between the 2nd and 4th Century BCE. It is a handbook for anyone wanting to truly understand yoga and its purpose.

Yoga was being practiced long before Patanjali came on the scene. But it was he who assimilated and compiled the vast amounts of knowledge in a logical, structured manner to give us the Yoga Sutras.

Sutras are short, condensed aphorisms rich with layers of hidden meaning. Literally ‘sutra’ means a thread. Just as different pearls are strung together on a single thread to create a necklace so also yogic ideas as skilfully arranged in a sutra. The sutras are further grouped into chapters.

Patanjali begins the Yoga Sutras by stating the goal of yoga-Samadhi.

The first sutra, Atah, yoganushasanam, introduces the teachings and the second sutra yogascha chitta vritti nirodha, explains that yoga is Samadhi. The ultimate union, the state of absolute Oneness, the merging of the individual consciousness with the Cosmic consciousness.

In the 51 sutras of the first chapter, he describes the different kinds of Samadhis and various methods one can use to enter into Samadhi. He elaborates on the nature of the mind and ways to control it. But to control the mind one must start from the ground up. Literally. He stresses the need for compassion, kindness, delight in the virtuous and an unbiased mind as the basis of Yoga practice.

This chapter containing 55 sutras follows on from the first and describes further means of training and cultivating the mind. In this chapter Patanjali defines the afflictions (klesas) which obstruct yoga practice and gives clear guidelines to overcome them. He elaborates on the Yamas(ethics) and Niyamas(personal disciplines) the prerequisites for yoga practice, and then goes on to talk about asanas and pranayama.

In this pada the 56 sutras deal with Dharana(concentration) and Dhyana (meditation) and a special yogic method called Samayana, the combined practice of Dharana, Dhyana and Samadhi practiced to achieve various siddhis or states of consciousness.

The final pada with its 34 sutras describes the end of the journey, the state of Dharmamegha Samadhi. When the yogi remains detached even in the state of knowledge, by which the knowledge of discernment is present everywhere and always.

Little else is left to be known for knowledge is infinite for the one who has been freed of all obscuring veils.

The yogi finds that he is now in the state of Kaivalya, of completeness, wholeness and simplicity. He is now established in his own eternal nature with a perfect balance of Purusha and Prakriti and seperate from the three gunas. 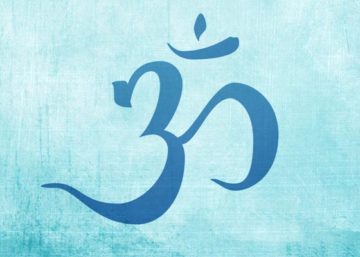 In the beginning there was the unmanifest Absolute. In this nothingness, Consciousness stirred of its...